Happy 4th of July to my US readers and blog friends! I hope you enjoyed your day off!

Today, I went less bright - and it was beautiful and sunny out. And here I am in a sweater, a crepe skirt and a full-length vintage slip on! 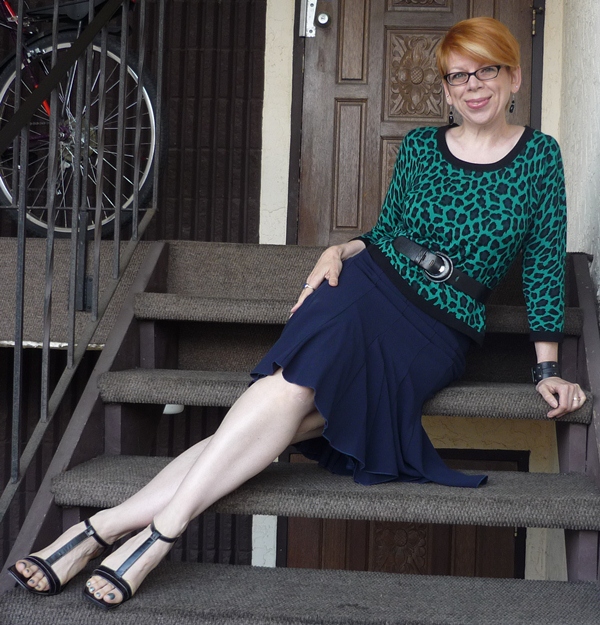 At least I had sandals!

This is the sweater I bought on consignment back here in April for $26.00. It's by Precis and is a lovely and soft thin sweater. The centre of the leopard pattern is actually a bluey-grey, so I thought it would look nice with my new-to-me-but-maybe-it-was-mine-to-begin-with skirt.

I got the skirt in early June (here, scroll down) at Value Village for $7.99. It's by Tobias (a Canadian-designed and made line that Plum carries), and as I mentioned before, I think this was actually MY skirt that I gave to my friend Jeannie. I'll have to check with her to see if she donated it!
The shoes are one of the oldest pairs that I own! I've had them for about 11-12 years, got them on consignment at the Velvet Crease when I was too heavy to actually fit into any of their clothes. They're Jones New York, and I think I paid around $26.00 for them. 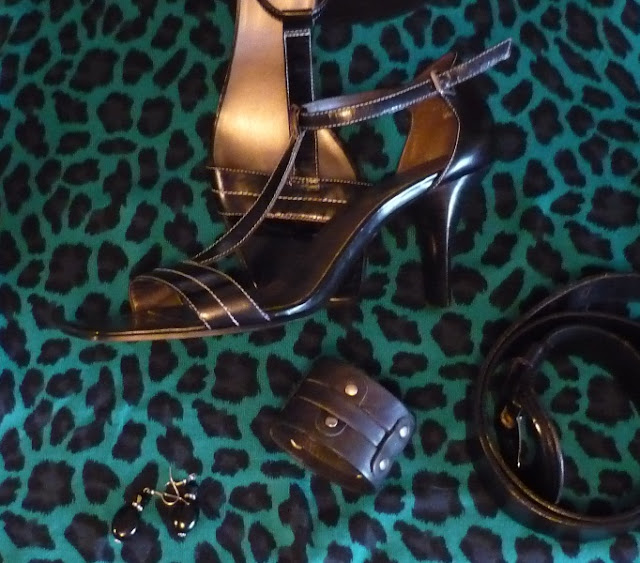 
I met up with the classy and chic Leslie, the Hostess of the Humble Bungalow (we went shopping here, back in November 2011) at a pub in Oak Bay. That's Leslie in the centre.
The ethereally lovely Peg from up-Island* joined us. Peg has been commenting on my blog for ages - I believe we "met" when she recognized the Gnome with the Biggest Hands (this guy here and here, from travel posts in August and at Christmas) and realized we both lived on the Island.

The pub is called The Penny Farthing. I've always thought I would like to live in it. I bet Vizzini would like to walk along these beams. 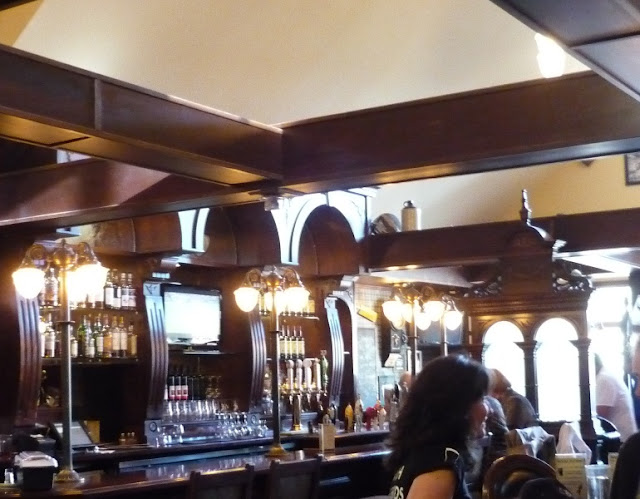 Of course, a pub called The Penny Farthing has to have... 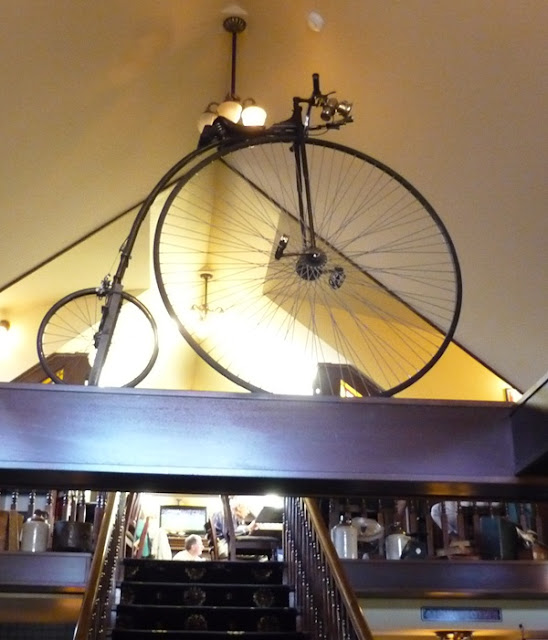 ...a penny farthing bicycle! (And can't you just imagine having a bedroom upstairs there?)

Thanks for the wonderful evening, ladies! You are both amazing. *hugs*

*up-Island: anywhere north of Victoria on Vancouver Island. We all say it. "Where're you going for Canada Day?" "Camping up-Island."
Posted by Sheila at 9:00 PM