I've mentioned before that L and I play a board game called Arkham Horror. It's based on H.P. Lovecraft's writings and the locations on the board are places in his fictional town of Arkham. L and I thought it would be fun to have alternate locations based on places in Victoria, so today, we set out on a mission to photograph some of the places. There are a lot of them, so it's going to take a few trips. Today, we just did some downtown areas.

I lounged around in my robe this morning, so I didn't feel like wearing anything terribly complicated today. 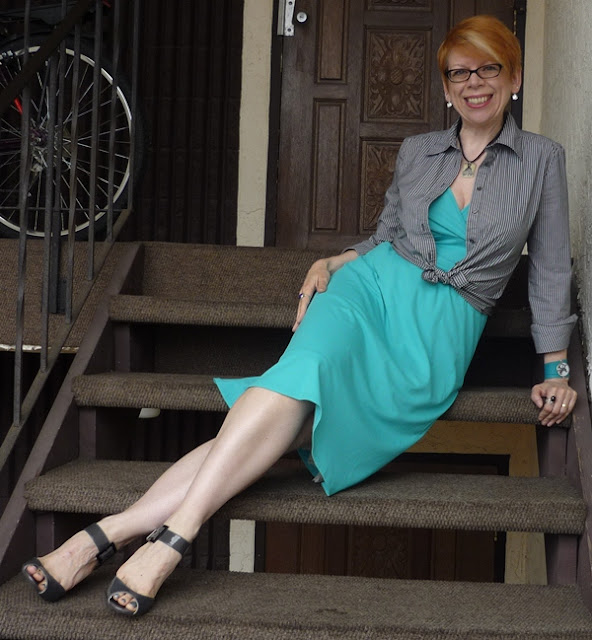 I just tied it at the waist and rolled the sleeves up today. I usually borrow a pair of L's cufflinks to wear with it.

My grey shoes weren't terribly practical for walking, but damn, they look good.

I used my yellow bag for a bit of a pop of colour.

I bought these shoes while on vacation visiting my inlaws on the Sunshine Coast in the summer of 2008. They were $50.00, and this is probably the last go of them, although I have this debate with myself every year.

They're a pretty high heel and they're getting a bit worn out...but they're so cool! 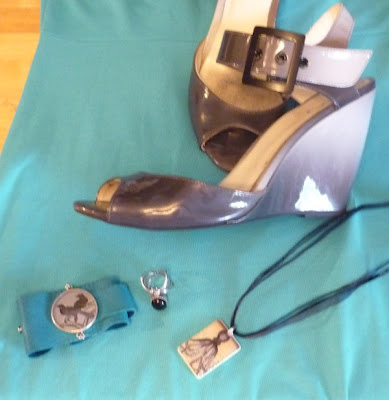 I went with an Arkham theme for my accessories: 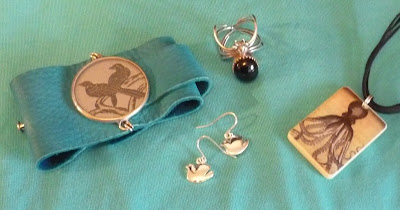 Crows, a spider ring, an octopus and the silver birds Megan sent me last week. Birds can be scary, especially little ones, with their beady eyes.

Make sure to visit Visible Monday at Patti's "Not Dead Yet Style"!

Vizzini heard there was trouble afoot, so he kept an eye out for carpet mice.

Here are some of the locations that I liked. I messed with the brightness and the contrast on them to make them look spooooooky.

Email ThisBlogThis!Share to TwitterShare to FacebookShare to Pinterest
Labels: 30 For 30 For 12, July, On My Travels