I felt great in today's outfit! 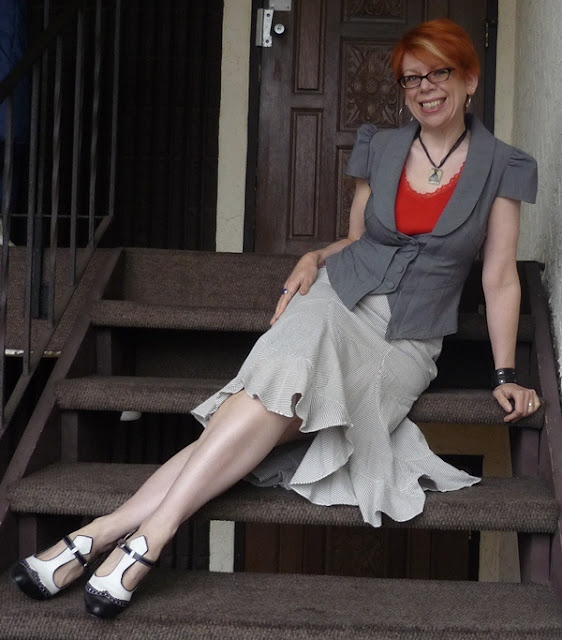 Maybe it was the flash of bright orange in the boobular region? I had at least two people today demand to know what I was doing wearing orange when I was supposed to be wearing neutrals - I had to explain that I never wear this lace-trimmed ribbed tank on its own, so it doesn't count as a clothing item in my capsule. They seemed slightly mollified.

The rest of the outfit is all neutrals, though, starting with this awesome short-sleeved jacket. Actually, to call it a jacket is somewhat of a misnomer, since it's not lined and it feels more like a thin shirt. However, it's styled to look like a jacket with a bit of a vest in the middle, so we'll stick with that designation. I last wore it here, back in August (it's been packed away with the summer stuff), and first wore it here in March 2011 when I bought it. I paid $18.00 for it on consignment.

I adore this skirt so much. I pranced around the office today (like a pony!) because the ruffly edges made such a lovely swirling motion. I thrifted it here last month for $16.00. 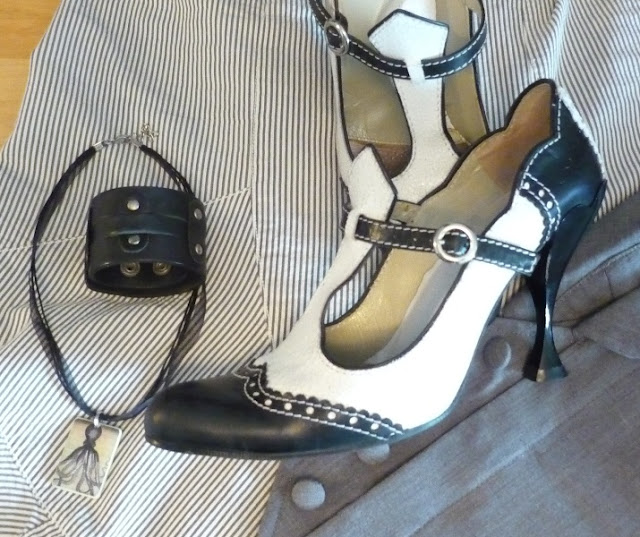 You can see the great grey and cream stripe of the seersucker fabric better here...but I know you can't take your eyes of my fabulous Fluevogs! These are from the previous incarnation of the Listen Up family (it's a different heel than the current Listen Ups - look at the heel of the ones I wore yesterday and compare). These are called the Harlow; I last wore them here last November.

A close-up of my Mahjong tile octopus necklace and my black leather cuff. 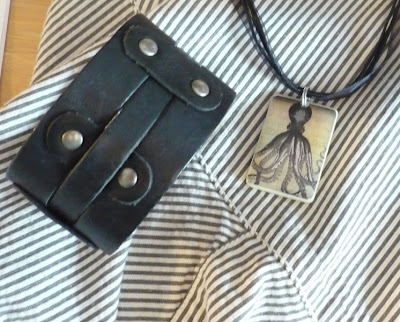 I love how the seersucker fabric is sewn in different directions.

Email ThisBlogThis!Share to TwitterShare to FacebookShare to Pinterest
Labels: 30 For 30 For 12, June