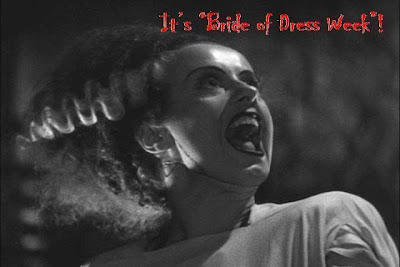 Ah, Sunday. I guess I should get off my lazy butt and post Friday's outfit, eh?

This is the 3rd new dress - and I think I saved the most whackadoo for last! 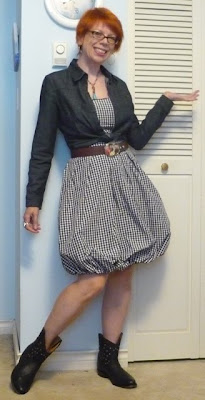 Those are my new boots that I got a couple of weeks ago - pushing my own envelope again by wearing them with this party-style strapless dress. As Friday calls for denim, I tied my denim shirt at the waist...but then I really went cowgirl and added my brown belt (not matching brown and black - I'm learning) and a bunch of chunks of turquoise.

This is the Pouffiest Dress Ever. It's like tent material, so whenever I sit down (i.e. on the bus, at my desk), it puffs up and I have to pat it down. It also rustles when I walk - you can hear me coming!

The short boots made this extra insane. I got a few askance looks at work, and when Ruth and I went to the mall at lunch. Ha!

This is what the dress looks like on its own (those are my bra straps):

End of the day...cooling off my sweaty feet from being in the boots all day. Someone is also happy to see me.

The back of the dress is a panel of elastic ruched fabric so it fits snugly. Despite this, it slid down constantly. Arg. I also wish it had pockets. It also has a couple of bigass belt loops on either side, which I might remove, since they are lower than the sewn waist. 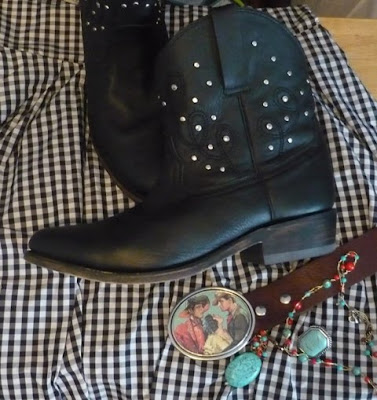 Aren't those sweet boots? They are Miz Mooz and are leather (they have that awesome leather smell). Very comfy. They were half price: $80. 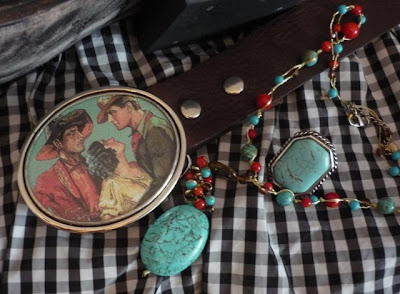 I adore that belt buckle. I've worn that belt several times: here, here, and I guess for a couple of casual weekend outfits that I didn't bother to photograph...huh, I thought I'd worn it more than that.

The dress was thrifted for $22, and it still had the original price tag on it! 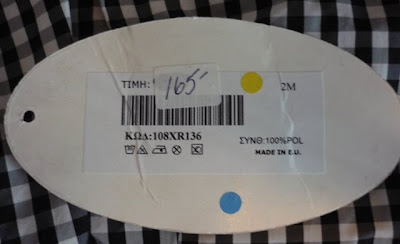 Apparently, it was made in the E.U. (that would be the European Union), manufactured in Russia or some other country that uses the Cyrillic alphabet. It was 165 something, though, possibly dollars. I got no hits for the label or brand at all.

I wore the dress again yesterday for my Weight Watchers meeting: 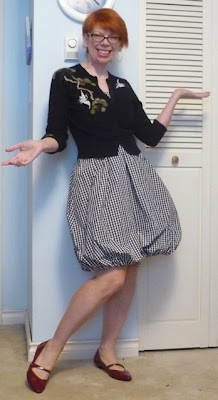 I wanted to do it more girly this time. I also wore this outfit out for lunch, and for wandering around town shopping in the rain (yes, rain. Thank you, West coast).

I got a lot less askance looks and way more compliments. However, not having a belt on meant that the dress was much more...volatile...in its shifting. I was constantly grabbing at the top and hiking it back up, as well as having to re-align the seams frequently as it tried to rotate around my body.