And the dresses are not really forbidden, but I have a penchant for using movie titles (usually horror movies) for my Dress Weeks. You can check out some of my previous Dress Weeks here (scroll down to "Dress Weeks", duh) - I've been doing them since 2008, making this my 5th year! Holy moly, where does the time go?

Feel free to participate! Wear a dress this week!

Anyway, let's get started. I've been to the gym and there's stew to be made and "Game of Thrones" to be watched. Time's a-wastin'.

First up, these Oxford-style lace-up pumps. 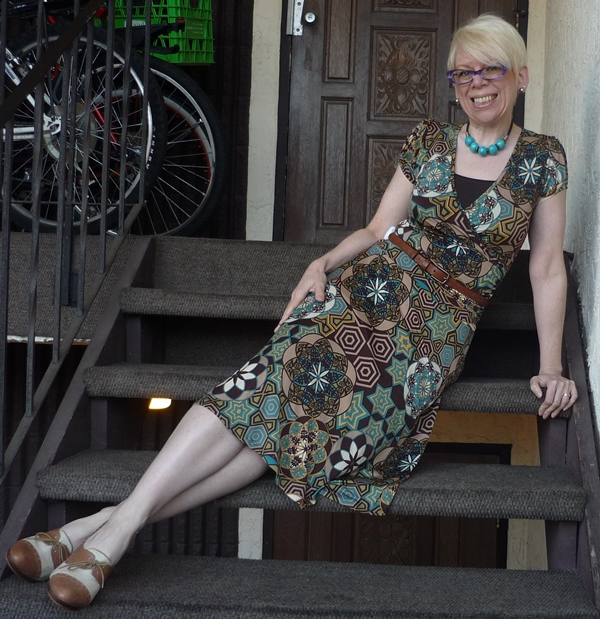 Yes, it's by O'Lala and I wore it twice in the September 2012 capsule (recap here), including for my last Dress Week, "Dress Week of Horrors!" It's a nice dress - I get lots of compliments on it. It hides everything quite well and has a funky pattern. I don't totally love it, but that's cool.

I had to work today, as I mentioned, which sucked. I was not in a good mood this morning, and neither were most of my coworkers. So when I'm feeling grumpy, a dress that is comfy is a good thing.

I've had these shoes since October 2009 when L and I took a quick trip to Seattle for my birthday. I paid $22.50 for them at a consignment store in Seattle; they are by Steve Madden. I snagged them out of the store's window, heh.

I tend to wear them with "sexy librarian" looks or ultra-fem ruffles. I first wore them in October 2009 with a whole bunch of clothes I no longer have (tweed and ruffles), although I still have the necklace. I've worn them quite a bit, including in November 2009 (with pink angora, plaid trousers and floral socks), in January 2010 (with orange tweed and my cranes cardigan), in April 2010 (I am so glad I got rid of those pencil shorts), in June 2010 (mixing patterns), in September 2010 (sporting a riding jacket and my brown lace skirt, and a hideous sheer top that I got rid of), in November 2010 (doing the old lady chic thing with tweed), in June 2011 (with that lace skirt again), and in August 2011 (with a skirt that is slit too high).

So it's not like I haven't gotten a lot of wear out of them. I did the bare leg thing today and they were fine, although a bit on the high side. I do still like them, but just never found the right capsule to put them in last year. They are also a smidge big in the heels, which could be remedied if I weren't so lazy.

The stuff (and a better look): 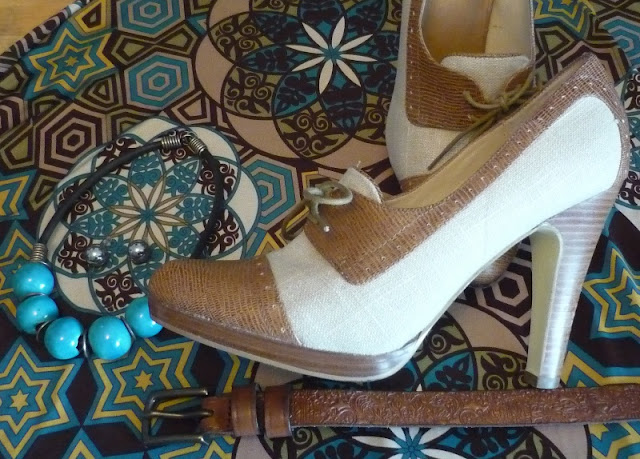 The shoes are a cotton canvas with leather trim.

Email ThisBlogThis!Share to TwitterShare to FacebookShare to Pinterest
Labels: My Forbidden Dress Week