Fluevog Week! Blue with Purple Platforms, and a Houndstooth Thumb

What a crazy day! I'm glad this is a short week for me. 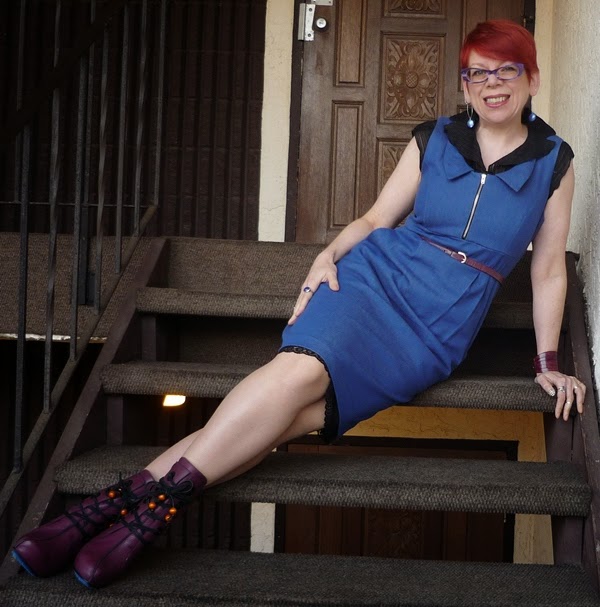 Mostly new stuff today, including my new blue dress and my purple Fluevogs.

The dress and shoes were both purchased on the weekend in Vancouver (here). I liked the stretchiness of the dress, as well as the length of the skirt part. Its waist is set much higher than my natural waist, which is where my belt is, but I'm okay with that. It did wrinkle in the lap and but area, but I'm also fine with that. Stuff wrinkles. Whatevs.

The blouse was last worn here in February with lemon and houndstooth.

A rare outerwear shot (I usually have my runners on by this time).

I had to wear the orange leather jacket to match the orange wooden beads on the shoe laces! 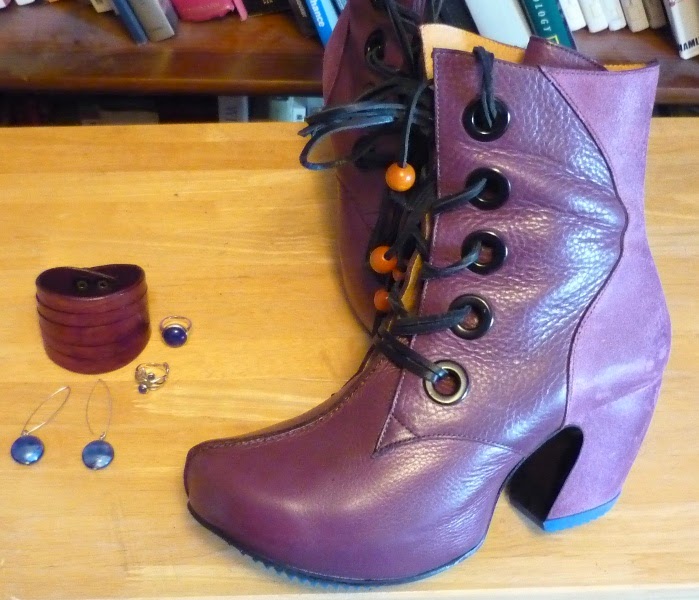 These are the Prepare Map booties, and they were fabulous to wear all day. I even walked to another office and back in them, with no foot pain at all. All that heel is balanced out by nearly 2" of platform at the ball of the foot. Seriously, they are like wearing flats.

Aside from the fabulosity of these booties, the laces did come undone easily. I was leery of pulling them too tight (thin leather laces prone to breaking, according to the comments from other purchasers), so I ended up with pulling the bow loops really large to nestle all the beads at the knot. This worked like a charm. 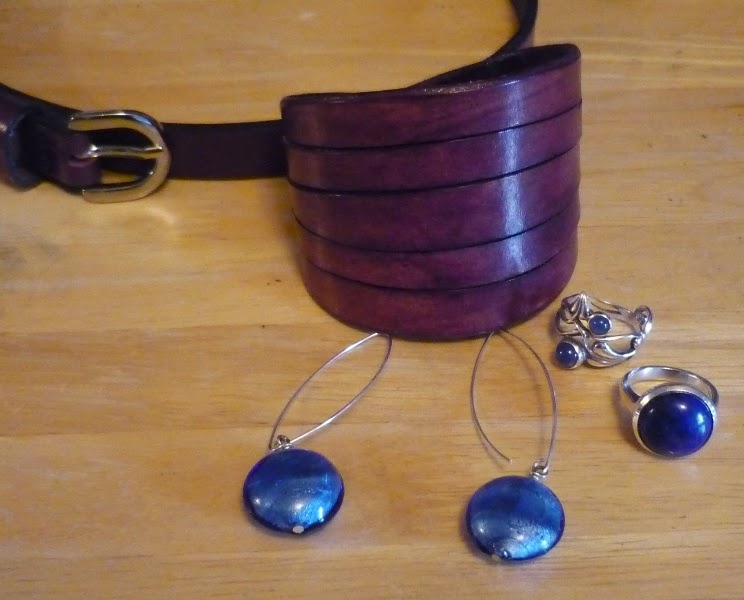 Patti wrote about nails, polish and asked about these polish strip things the other day here. I picked up a pack of the Sally Hansen ones (link, for info, no profit to me or them) and a pack of the Maybelline Colour Show strips (not found on their site) a few months ago - they were on sale for $4.99 a pack in a bin at the drugstore. I've never reviewed any kind of product for profit (and won't, it's not my bag), but here's my two cents about these.

I rarely wear nail polish. Call it lazy, but I can't be bothered. I keep 'em short and clean and that's about it. However, I was tempted by the ease (cf. lazy) of just basically putting stickers on my nails. Baby steps for me: how about just one nail? 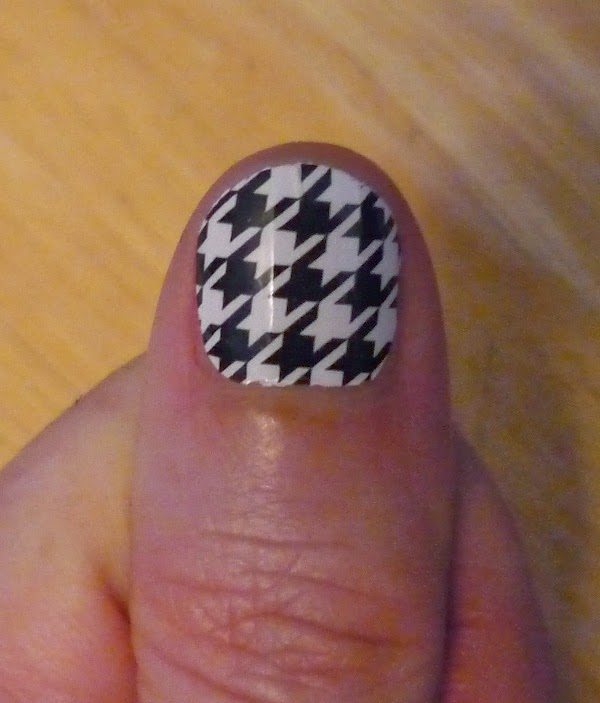 My left thumb got one strip of the Sally Hansen strips on Sunday night. It was a little tricky getting the bottom lined up with my nail - it took a couple of tries to get it right, and I'm lucky I didn't stick the strip to itself. I was able to pull off the end of the sticker a couple of times to line it up better. I probably could have gone up one width size (there's a ton of different sizes in the pack), as the cuticle of my nail on my thumb is a bit squarer than their preset shape. I also noticed that the strip did smell like nail polish for about 12 hours. I guess it hardens up? It doesn't smell anymore.

It's lasted really well over the past 3 days, although a little bit has worn off on the tip of my nail. I do dishes and a lot of physical things at my job, so it's taken a beating. Note that I'm right-handed, so it's on my non-dominant thumb. I'm sure a strip on say, my right index finger would get a lot more wear. We'll see how it goes for another week, or until I can't stand it being messy.

I do quite like the flash of pattern and can see myself doing one or two nails as a fun thing once in a while. The Maybelline pack is gold with black leopard spots - whee! - so I'm looking forward to trying that one out too.
Posted by Sheila at 6:22 PM