Rockin' in a Winter Wonderland - Teal and the History of Stripes

Ah, back from the gym, another crazy day. L's at a guitar lesson and I have a little time. Hello! Thank you for taking a little time to drop by my place. This is my rocker elf outfit. I had fun working in this outfit today - it was a statement, but it was also comfy as heck. It really showed off these funky tights - I've had them for a year or so.

I picked up this cool tunic dress thing (I'm going to call it a dress) on the weekend, here, for $22.98.
I can see it being a really comfy and light dress in the summertime, but for now it's getting layered. The thin t-shirt weight sweater is a cashmere blend - you can't even feel it, it's so soft. I mostly just wear it around the house now but I pulled it out to keep me warm. I last wore it here

I've had this sweater for five years - an eternity! Let's have a little fun and go back to some of my old looks (and hairstyles). I got it in a clothing swap with my girlfriend Caro on a Winesday in February 2009 - it was the first time I'd ever done a clothing swap! I actually still have the belt and the jeans I'm wearing in that outfit, but I gave away the shoes ages ago (they killed my feet).


Wow, just over 20 times. I guess it's holding up pretty good.

Ahem, but I digress. Bring on the stuff: 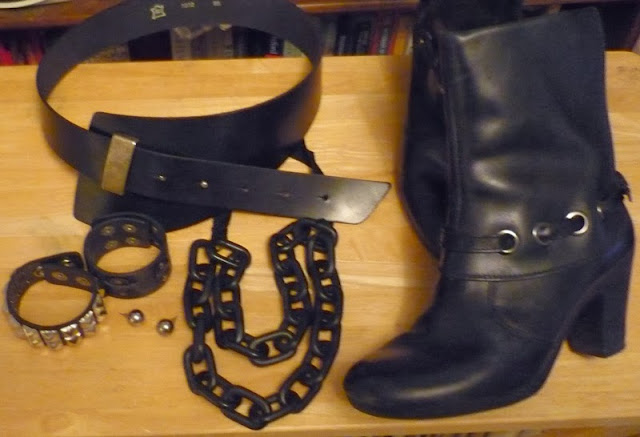 My new-to-me boots, purchased on the same trip as the dress last weekend. They were quite comfortable, although they scuffed up a lot over the day. I'll have to give them a good Woly rub. 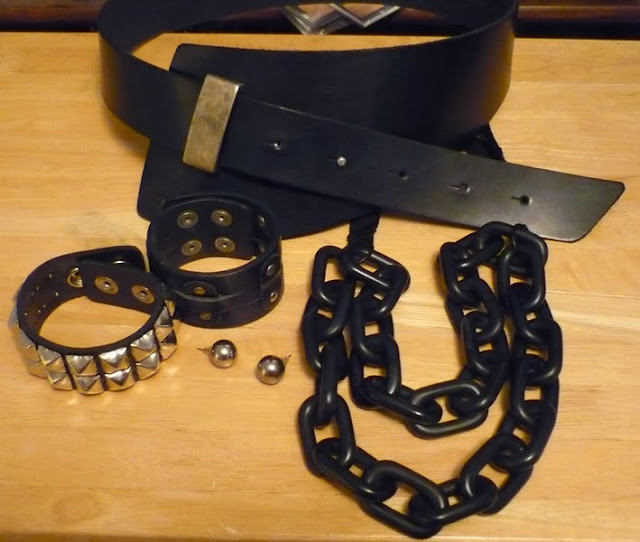 Isn't the belt sweet? I got it for $10 at a vintage fair. It has no label, except for the leather stamp (in German) and some numbers. It is thick leather but really soft. With my work keys rattling off my belt and the clinking of this necklace, I made a lot of noise today.