Oh, I have had a lovely weekend! First, I finished another book! Yay me! 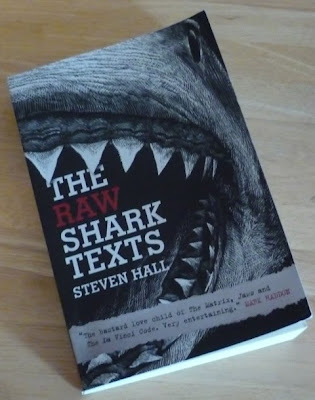 Blurb: This book is all about words and their power. From the moment our antagonist wakes up now knowing who he is (until he finds a letter addressed to himself...from his former self), to the attack of a virtual shark built of ideas and concepts that swims in a murky ocean of ideas, to the final battle aboard a shark-hunting boat (made in the "real" world of cast-off equipment, but in the flip-side world, it's a real boat based on the mass-idea of shark boats that everyone has from seeing "Jaws"), this book keeps you thinking...and thinking.

It's a book about ideas, memory and love. I grooved on it, but was distracted a bit by some of the gimmicky things (like the 50-page flip book of the shark swimming midway through). The characters felt familiar (like they were straight out of a Neil Gaiman book, must be a British writer thing), the plot was complex enough that I couldn't see what was going to happen and the writing is solid. If you like a bit of a puzzle and some brain exercise with your fluffy lit, you might like this.

Next up: "When You are Engulfed in Flames" by David Sedaris.

I've mentioned my best friend, Janet, a couple of times - we don't see each other as much as we'd like to. A lot of "let's go for coffee" emails, but nothing ever comes of it. This time, when she emailed, I mentioned that I'm usually free on Sundays...why don't we go for a walk?

This is where we went: 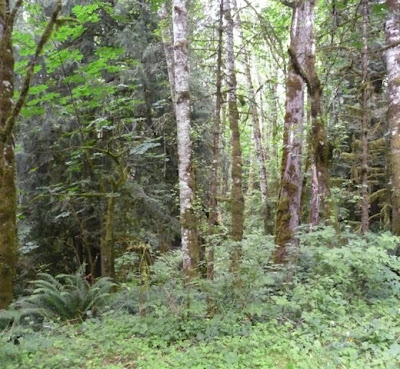 The woods of the West Coast! This park is about an hour's drive outside the city - it's right on the coast but you have to hike to get to the water. 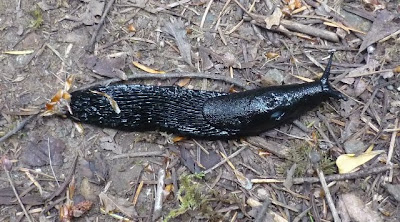 Also, his cousins, the banana slugs. Ew, yuck. I watched where I was going - those are gross to step on!

The hike was really steep, lots of up and down on steep gradients: 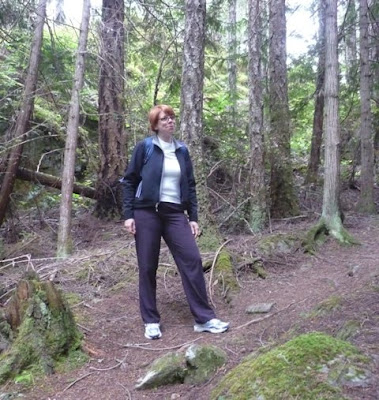 I loved this little section of tiny flowers on both sides of the path: 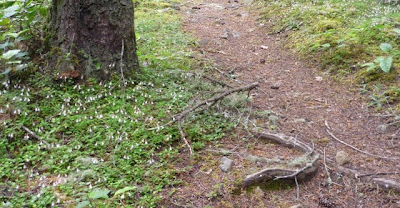 The trees were very dense. A lot of cedar, Douglas Fir, beech, arbutus trees, and ferns and salal and moss on the ground. 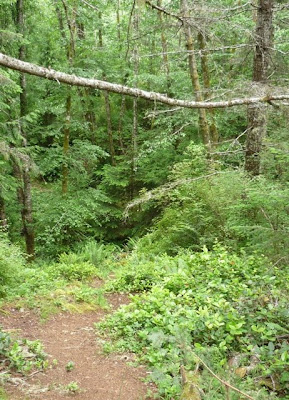 It took a little over two hours of hard hiking (we were both huffing and puffing and sweating, and we're both in good shape!) to reach the water: 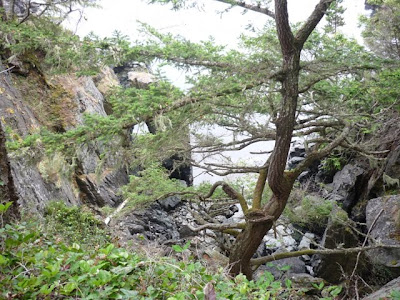 Yeah, we're at the top of a steep cliff. No railings here, nothing.

Just a few pleasure boats out on the water: 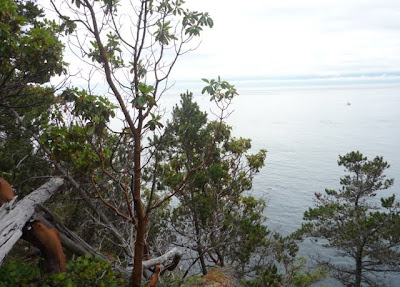 The trees with the red trunks are arbutus. They are very rare, and only grow in this part of the world. Their bark peels off like paper and they have big flat leaves - but they are evergreens.

We hiked along the coast trail for a little ways, but it's really steep on the ocean side: 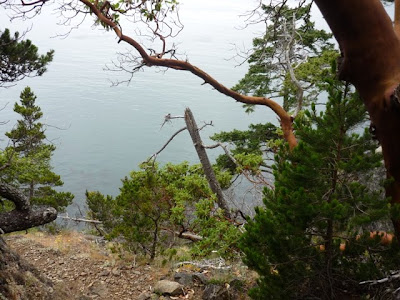 We had our lunch down at the water: 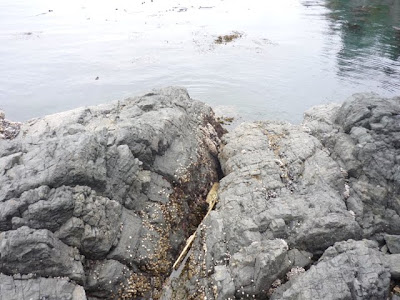 The ground at my feet, all rocks, barnacles, kelp and water.

To my left, looking down the coastline: 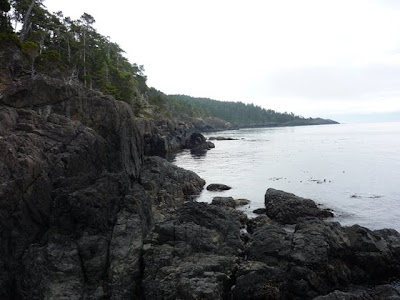 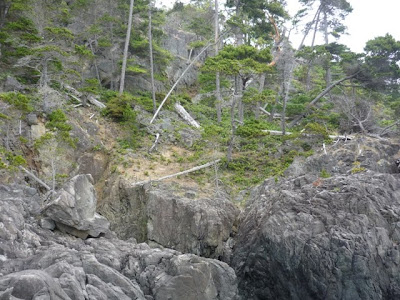 You can see a bit of the path right in the center where the short big log is.

And to my right: 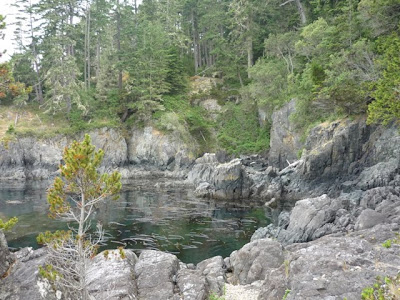 A pretty little inlet. We ate our lunch, but then it decided to spit rain, so we headed back. We only saw two other groups (1 of four, 1 of 2 + dog) the whole day. It's not a hike for wusses! We hiked for over 4 hours...I need a hot bath! I'm going to be sore tomorrow!
Posted by Sheila at 4:17 PM

Email ThisBlogThis!Share to TwitterShare to FacebookShare to Pinterest
Labels: Book Blurb, Stuff about me