I am pretty lazy when it comes to fixing things, sewing on buttons, that sort of thing. An item of clothing that has dropped its hem will languish unworn in my closet for months if not more before I get around to doing something about it, and that "something" is often getting rid of it.

Today's outfit was built around these shoes:

They lost a cap on the heel and I just took them in to get re-done a couple of weeks ago. Can you believe I haven't worn them since August? Pathetic!

By the way, when it looks like I have bare legs, it's actually micro-fishnets. They are like a regular nylon with a fishnet texture. I love them - much less grannyish than pantyhose!

I last wore the dress in November, but it's a pretty dressy style and fabric, so it's not really a work dress. It's also rather boobalicious, which I had forgotten. 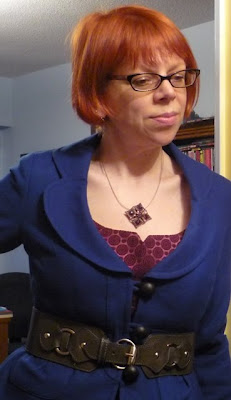 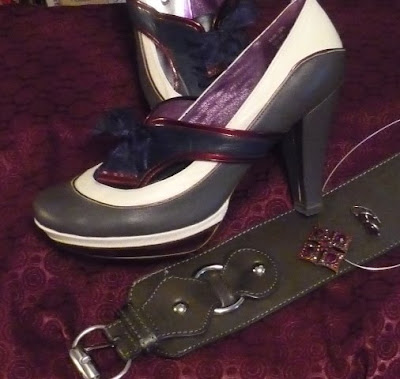 I wore another one of my pins as a necklace pendant (like the bug pin last week). 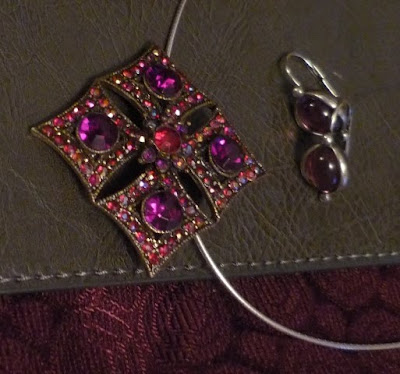