Oh, gosh, you guys are so sweet...it is so nice to know you "get me". It's not always easy to put yourself out there. This is one of the reasons I find blogging so rewarding. 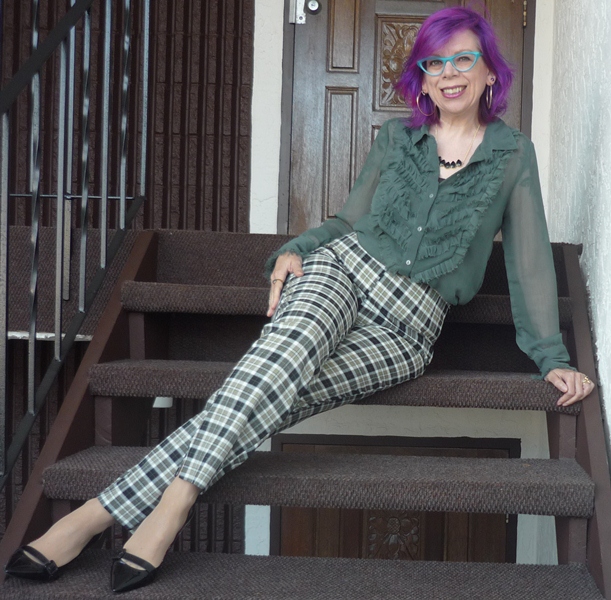 Add in the fact that I get to wear funky outfits and I'm a happy plaid clam.

First wearing of this new-to-me blouse. I really loved it - but I sweated in it, sloshed water all over it, and Vizzini drooled on it when I got home. Into the wash it goes!

Can we talk trousers? I hate(d) wearing them. Because I have been fat (go here if you didn't know this), I have always felt horribly exposed in pants. A skirt or dress hides a multitude of thigh! Since I lost weight, I've worn pants here and there, but I've always felt like if I wear pants, it will emphasize my bum, legs, thighs, stomach, you name it.

I'll never fully get over that. I cringe looking at this picture of my bum, a bit. Of course, I subscribe to the "fake till you feel it" philosophy and lalalalala over that little voice in my head, but it's still there. I am getting better at wearing pants, but it takes practice. I know I have this fear of exposing myself (said the woman with 6,000+ pictures of herself on the internet!), and the best way to confront my fear is to push myself. Baggy pants, bright patterns, tight pants, high-waisted pants, harem pants, leather pants. After many years of only owning 2-3 pairs of trousers I now have nearly a dozen pairs. I feel quite bold.

*ahem* Anyway...here's my vest, which was far, FAR too warm today, but I just really liked the look of it with the outfit. I only wore it walking to and from work.

The last time I wore these pants, I hemmed and hawed about them, should I keep them - but I fell in love with them anew today. I embrace them. They are groovy. 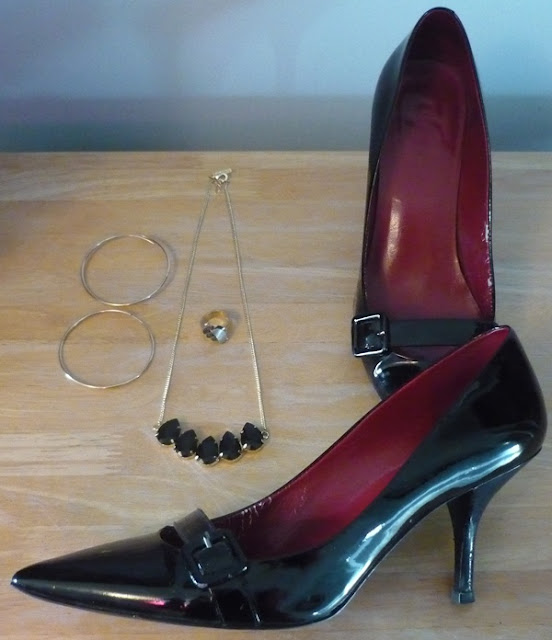 Not groovy? These shoes. Time to go for them! I've had them for a VERY long time - they are one of the oldest shoes I own that I still wear regularly (I have a small archive of old/favourite/must-keep shoes). We'll have a little ol' stroll down memory lane shortly.

They are gone because I have actually worn them out - the inside red is flaking off, the heels are very dented, and the black is wearing off around the heel. The patent leather sticks to itself, and I nearly wiped out a couple of times today when one foot hit the other and I stumbled. They also are a bit too high (sore feet today after an 8 hour day, plus my WW meeting), and they rub my toes. My feet don't like them. 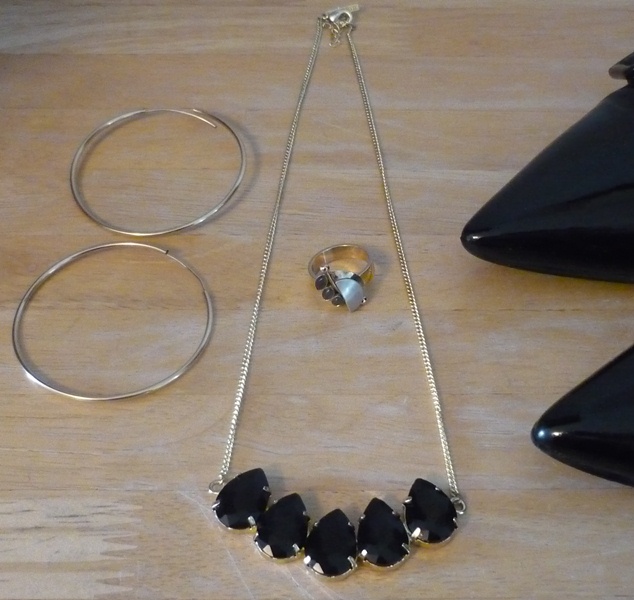 Okay, you ready? Enjoy a little retrospective of all the times I've worn these black Guess pumps!
Including today's outfit, that is 37 times worn in over 7 years, so just under $1.00 per wear. I definitely got my money's worth!

I will be back on Sunday with my weekend outfits - including my new jumpsuit! Hope you all have a wonderful weekend, and thank you again for all your kind comments. You guys rock!
Posted by Sheila at 8:57 PM