Now we venture into the world of vintage tops.

I found this top in a vintage store in the late 80s/early 90s. The store (which no longer exists) used to re-cut and restyle actual vintage tops into "modern" looks: 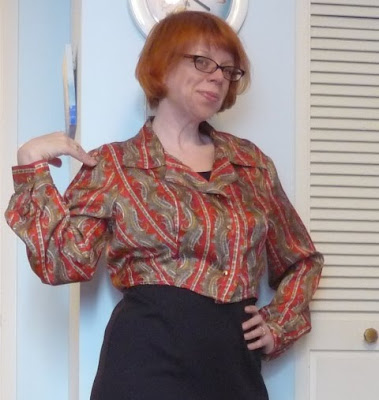 I kind of wish this was in its original state, because the pattern is pretty awesome. It's been cropped and made into a double-breasted style. However, it does still have its original label: 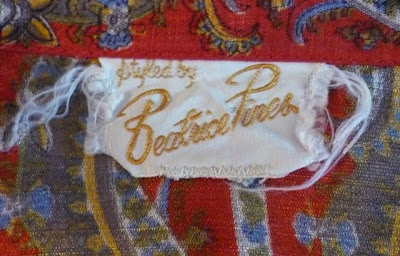 It's time for some 80s dancing!

L bought me this vest for Christmas one year, shortly after we got married, I think: 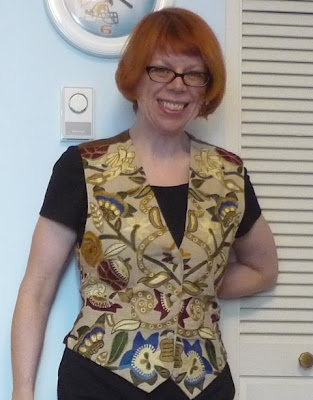 It's from Past Times, which used to be a catalogue-only shopping experience only in the pre-internet days.
I'm holding it tight at my back in the above picture, because it's a bit big on me now: 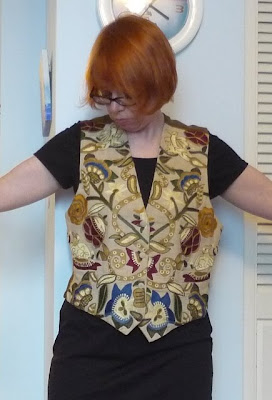 I used to wear that with a shiny gold satin circle skirt.
Label:

This jacket is one of my treasured possessions: 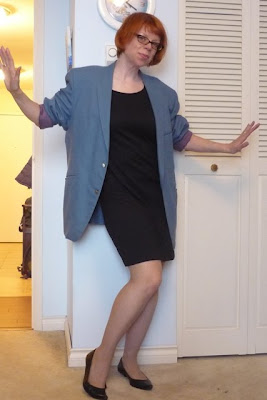 Okay, now that we've done some more 80s dancing...this belonged to my Dad. He wore it when he was in a dance band and played gigs when he and Mom were first married (1965). I acquired it out of his closet around 1984 and wore it as above. This is the original boyfriend jacket!

I love the purple interior (only the sleeves and the upper body are lined): 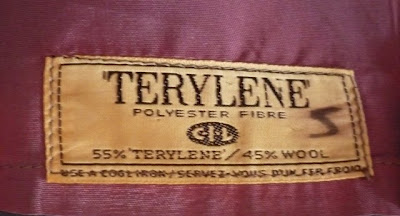 Wow, it actually looks pretty good. Maybe I should wear it? The bow is removeable, but I like it - it reminds me of Barbra Streisand. The bow is attached with snap fasteners under the shoulder part of the collar.

I love the sailor back on it: 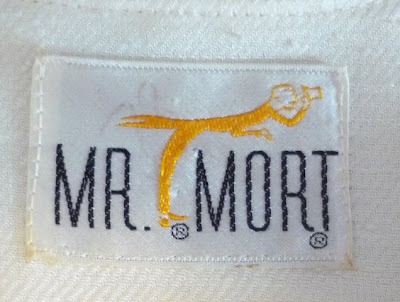 According to this, that makes this top early 60s. I was working retail (i.e. I was poor) when I bought it, and vaguely recall it might have been on a $5 rack.

That's it! I don't have very many vintage or old tops. Hope you enjoyed them.
Posted by Sheila at 7:00 PM

Email ThisBlogThis!Share to TwitterShare to FacebookShare to Pinterest
Labels: Never Seen, Stuff about me, Vintage