Late in 1996, I wanted to get a kitten. I called the SPCA every day to see if one had come in. Finally, in January 1997, they said they had one, but he had to go to a special home.

He was born under a house, during the big blizzard of '96 - the old man who had lived there brought all the kittens inside to get them out of the cold. He fed them dry cat food, and tried to do good by them, but they all went feral except for one. He put this one cat on his chest and petted him until he purred.

When I arrived at the SPCA, he was in a cage in the back, with the sick animals. His fur was brown and he had an infection in his eye. He was malnourished. But when I put my hand in the cage, he purred. I was in love. 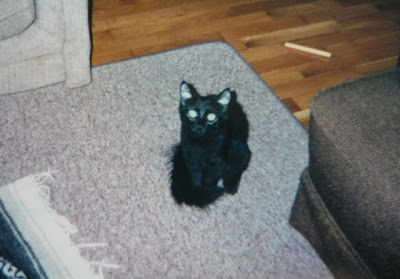 He was such a timid little thing! He lived in the bathroom for the first few days, then under the futon in the back room. We named him Othello because it suited his moodiness.

I remember one morning waking up and hearing him prowling around in the living room - he stepped on the Insultinator: "You're a totally gross boring nerd!" We cracked up.

L taught him how to play and eventually he came out and hung with us. 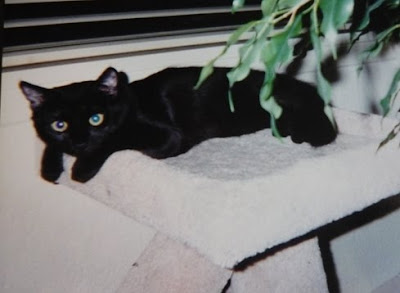 His fur was the softest I've ever felt, and he started getting bigger: 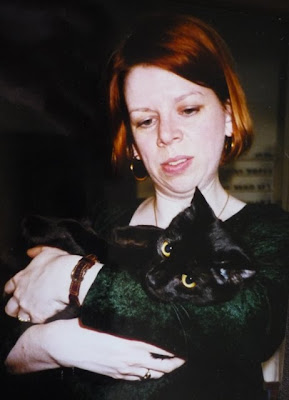 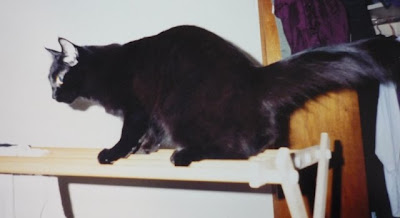 He liked to stand on the clothes-drying rack - good balance!

This is one of my favourite pictures: 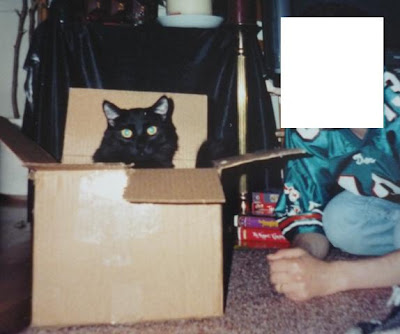 When we bought our condo 10 years ago, Othello loved the carpet (we'd had wood floors in our old place, and it was noisy). He also had a funny incident with the TV: 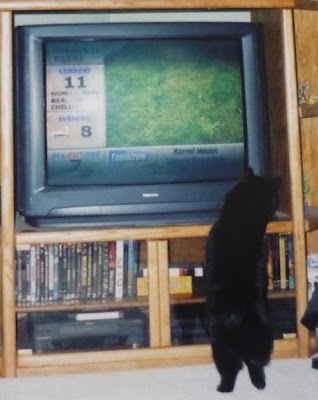 Every Easter, the local TV station puts a camera in the bunny pen at the petting zoo. It shows live footage of the bunnies, zipping around. Othello whacked at the screen, and tried to get behind it to find the bunnies. Hee.

He was a big fan of tuna: 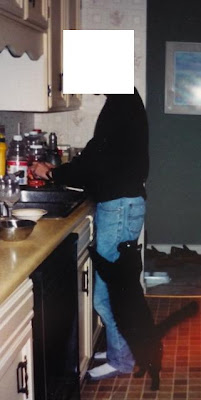 Somebody's getting a treat! (Please ignore the awful 70s kitchen - we have renovated since!).

He also liked to station himself in whatever cushy area gave him the best viewing opportunity of the whole house: 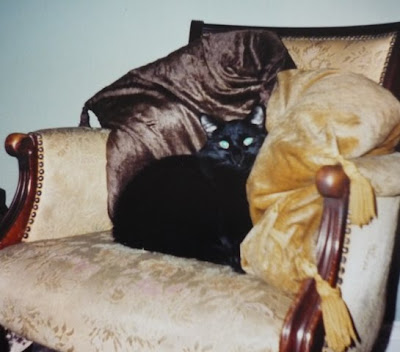 Then we had the nerve to bring a kitten into the house: 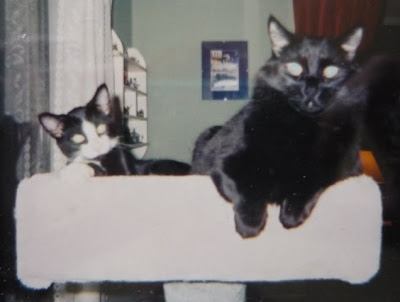 I love that picture. Can you believe Inigo was every that small? That Othello was that big? The look on both of their faces is priceless. We have this photo framed on our wall. 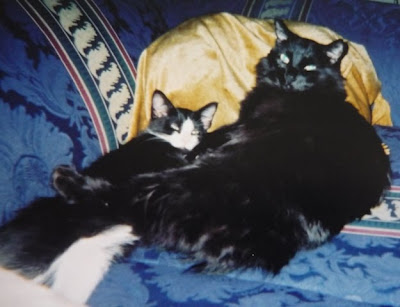 Always tried to cuddle with him. Othello looks permanently annoyed.

I have this picture in my cubicle at work: 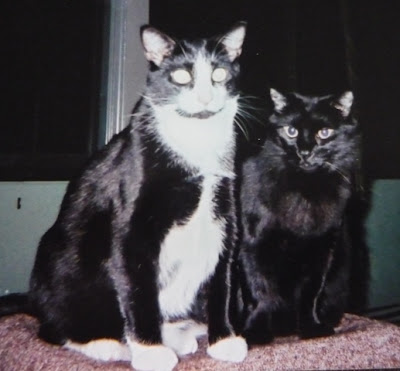 Othello indulged his love of heights by sitting on my jewelry box in the bedroom: 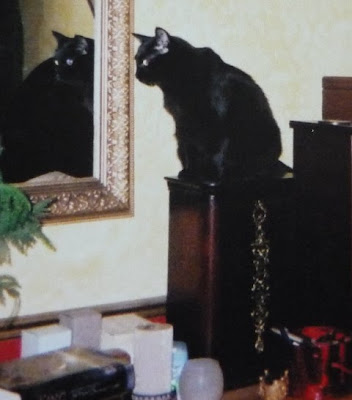 I often woke up and saw him there. Very disconcerting in the middle of the night.

He was very much a "floor" cat, though. If you sat on the floor, he would come visit. Whenever L put music on, Othello would come over and hang, giving him head-bumps. He was our music kitty.
He's coming in for a pass: 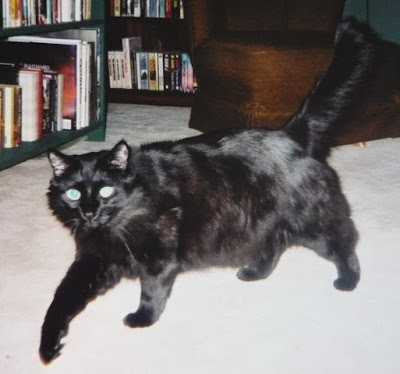 Such a pretty boy. He liked to hang in the library.
Especially on top of the book shelf, with Smaug the gargoyle. 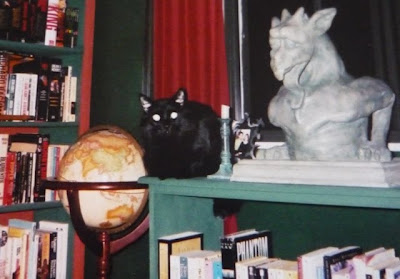 As he and Inigo got older, they fought more. Othello never quite got over the "young punk" coming in and taking over his turf. 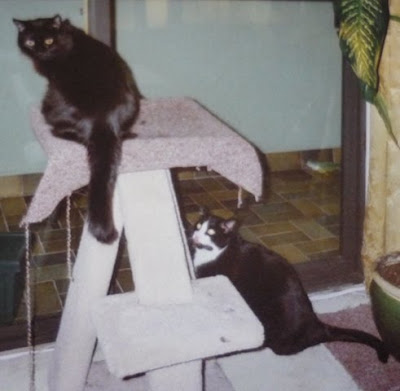 Many wars were waged over who would get the scratching post.
Ah, Othello, thank you for all the great times, all the years. I am so glad that I gave that little sick kitten a chance. I never, ever regretted it.
My friends, please forgive my indulgence in doing an all-cat post - this is it, I promise. This is also the last of the posts that I wrote prior to taking my break. I hope you enjoyed these glimpses into my life.
Fashion will return in a day or two.
Cheers,
Sheila
Posted by Sheila at 7:00 PM

Email ThisBlogThis!Share to TwitterShare to FacebookShare to Pinterest
Labels: Cats, Stuff about me