This post will show some of the odds and ends of things that I have hidden away - accessories! A lot of these are vintage or "homegrown" vintage.

Elaine gave me this for my birthday last year? The year before? I store scarves in it that I don't wear much. 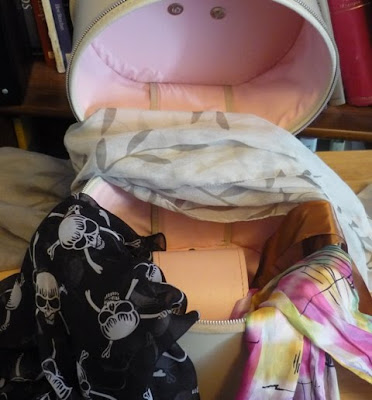 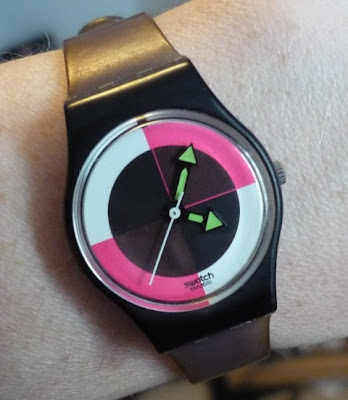 This is from 1985. I loathed it when I got it, because this was "the" accessory that all the cool kids (note: I was not a cool kid) had. I got this for Christmas 1985 from Grandma J - it was not what I'd hoped for, like the flat black ones.
The strap was originally a vibrant purple see through. The neon green hands glow in the dark. I didn't wear it much. The battery is dead, but I'm sure it would still work...but I don't wear a watch.

Speaking of watches, this is a hair clip I made in the late 80s: 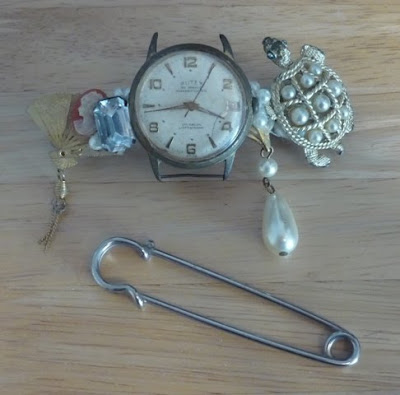 The watch face is from one of my grandfathers (Dad's dad?) and you shake it to wind it. It still works! The fan is one of a pair of earrings I had in the early 80s, ditto with the long pearl dangly thing. The cameo is from a pin I wore in the early 80s. The turtle was one of a pair of turtle pins, and belonged to Mom. I think it's from the early 60s.
The pin is from one of Mom's kilts (I still have them, Mom, they're in the costume box for "Braveheart" Hallowe'en costumes).

I have a boa (it's in the Never Seen - Hats! post), and here's a picture of me wearing it:

These are a pair of pale pink shirred gloves from the early 60s: 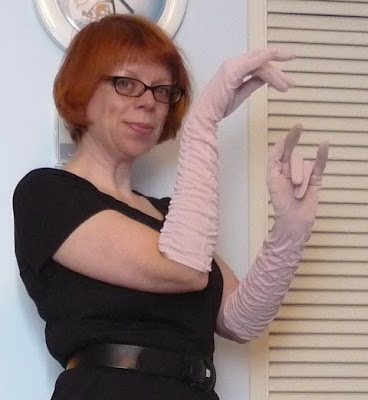 I wore them to high school (I wore some pretty crazy stuff back then - I wish I'd taken more pictures!), and of course, they were "acquired" from Mom's dresser.
I also liberated these lacy gloves: 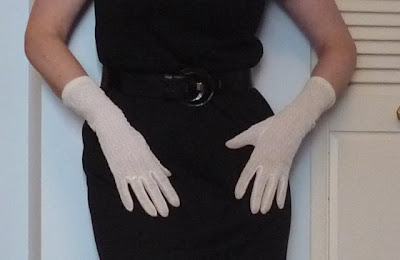 Very Sunday church, aren't they? I also wore these to high school. Here's a close-up for the texture: 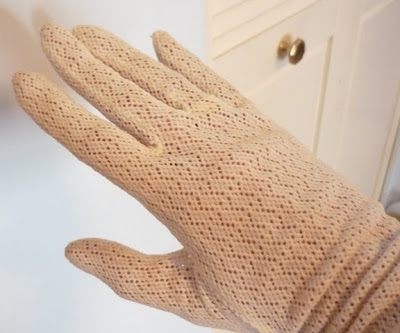 Thank goodness Mom forbid me from cutting the fingers off (a la Madonna's "Like a Virgin" video!) back then.

These furry cuffs are from Fairweather, from about 2000: 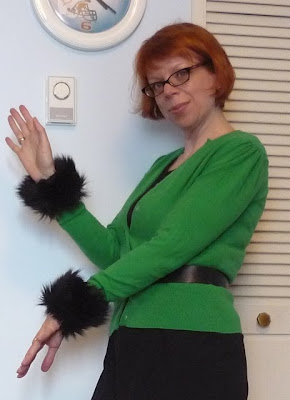 You just stick them on over top of a long-sleeved top. Cool, eh?

In the same vein, these lace cuffs can transform a jacket: 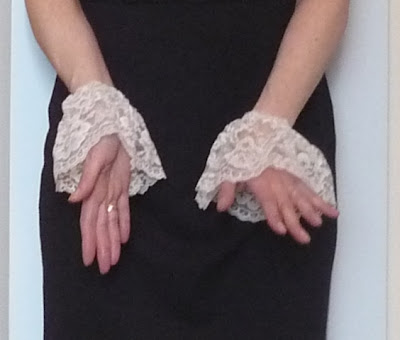 Those would be pretty easy to make if you were crafty. 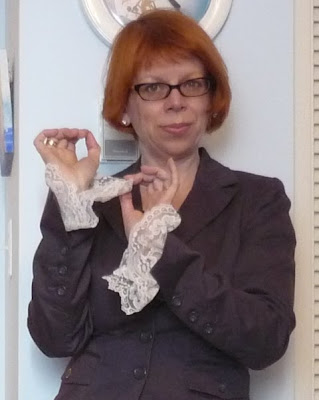 And you can take them off for the soup course!

In my (slightly) younger days, I liked to really dress up for parties: Of course, that means leopard elbow-length gloves and a tiara! Duh!
This belt is from the grunge-era - it's one of the few things I kept: 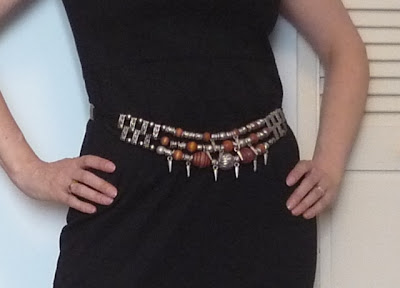 I love the wooden beads and the spiky bits. If hip-belts ever come back, I am set.
This Le Chateau belt is from my underage club days (I snuck into clubs with my friends when I was 17): 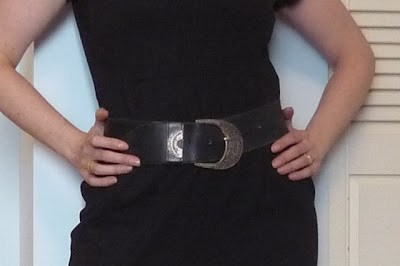 It's so worn out, the leather is all stretched - I'm pretty sure I wore it nearly every weekend. It's meant to be worn low on the hips, but it's got a hole or two that I punched in it (with a steak knife or exacto knife, no doubt) to make it fit right at my waist. 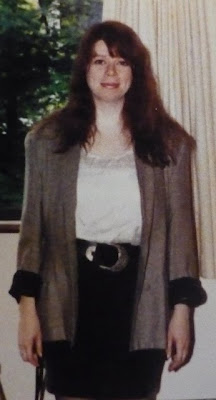 Ha! As you can see, shoulder pads were not exclusively 80s! That jacket was from Fairweather in 1989. I have not had long hair many times in my life...and it's even permed! Wow, I look so young there (I'm about 22).

This Le Chateau belt has never been worn: 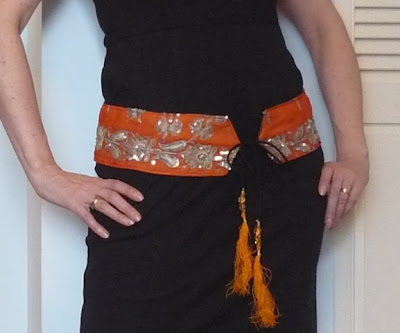 I bought it when I was heavy because I fell in love with all the beading and the fringe-y ties. Now it's too big to wear at my waist and it's a little big on my hips even, but it's too cool to toss.
Well, those were some fun accessories! Hope you enjoyed them.
Posted by Sheila at 5:46 PM