I was firmly in 80s territory today. 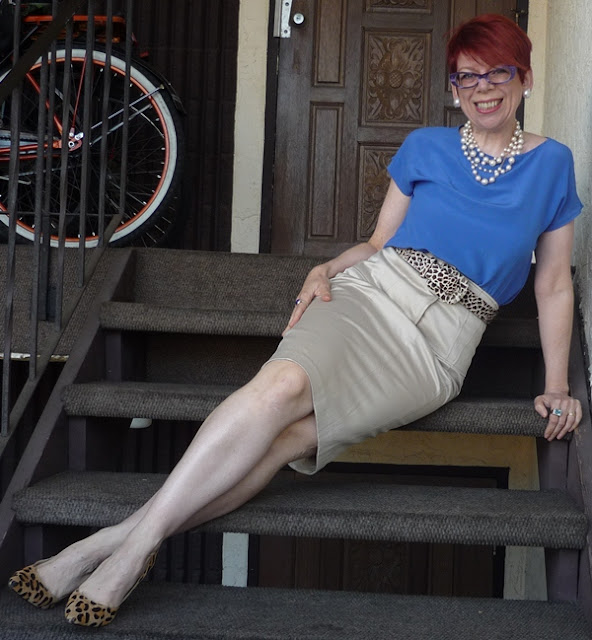 My boxy silk top gets another outing, following its first appearance here (also an 80s ensemble). I let the bright blue pop on its own this time, instead of going full-on matchy-town. It also set off my new darker red hair (don't worry, it'll fade to bright copper soon enough).

I always forget that when you go darker, the make-up needs to be punched up a bit (eyebrows! lips!).

Another "score!" moment today with this top. Another coworker was wearing a beautiful emerald green one just like, untucked. Hers: new, silk and expensive. Mine: vintage 80s, silk and $8.50 in the thrift store. Bam!

I never thought a high-waisted shiny cream pencil skirt would be a wardrobe basic, but there you go. 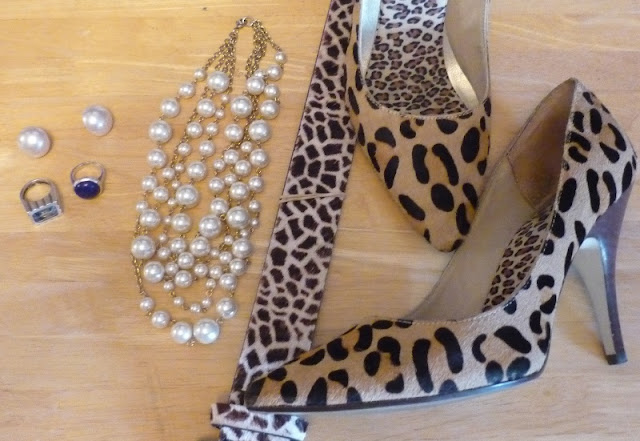 Along with my Fluevog Listen Up Harlows (these), these leopard pumps used to be my "best shoes" - like, for special occasions only. After more than 5 years of blogging, I'm still amazed at how much my style has changed. I last wore these bad-boy shoes here, with chartreuse; they were excellent for stomping around authoritatively in a gymnasium. 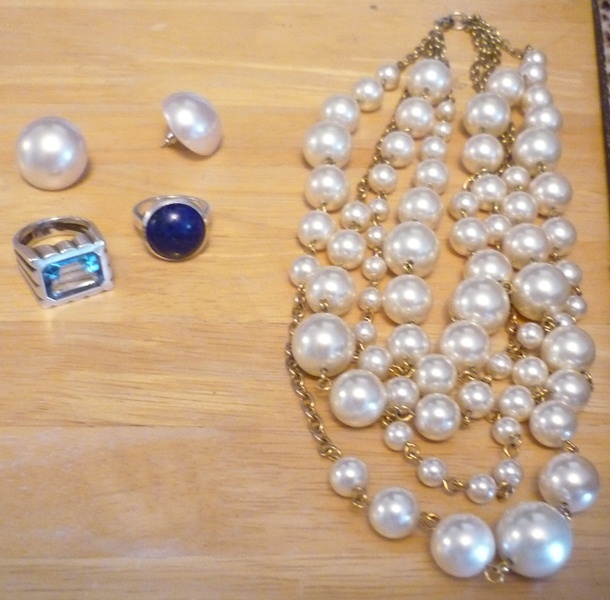 My cheapass Aldo pearls, and my not-even-close-to-cheapass Wendy Brandes rings.

Tonight is book club, and ta-dah! Here is my book. 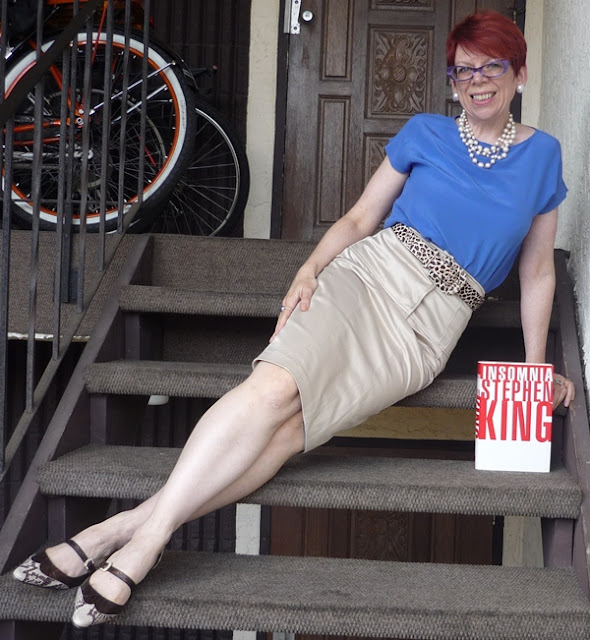 My make-up is usually melted off by the end of the day, so a fresh face for my gals, and lower shoes so that I can walk to Karen's, about 6 blocks away. I last wore these shoes here (2nd outfit), a couple of weeks ago, with jeans.

That's leopard shoes, giraffe in the belt, and then snakeskin on the other shoes. Triple animal print!

So, yes! I chose Stephen King's "Insomnia" (book club is in an hour, so I doubt any of my friends will read this before then). As well as being one of King's more massive tomes, it's one of my favourites of all of his books. It deals with aging and death (duh, it's Stephen King), and it rambles a bit here and there (duh, it's Stephen King), but the main character is an elderly gentleman named Ralph, and he is just awesome.

Anyway, I chose this book because Stephen King is one of my favourite authors, and that feels like something you shouldn't admit in a book club! Like you should be ashamed of reading a "hack" like him. I doubt any of our members have read a book by him - but I have every one! Most of my earliest copies are paperback, and they are inscribed from me to my dad. My dad had dyslexia (not diagnosed until my mom discovered it when she found out my brother also was), and struggled with reading, but he got caught up in the stories of Stephen King and devoured them. I bought them for him for his birthdays and Father's Day, then "borrowed" them back and kept them for myself.

I'm thinking of my dad today (my dad died in 1997) because L's stepdad died last night. Lawrence was 83, and suffered from dementia, as well as many physical ailments. L has always considered Lawrence to be his real dad, so even though this wasn't a huge surprise, it's always a shock and it's rough to deal with. L and I will be heading back to his hometown next week for the funeral/gathering.

Again, my book pick is weirdly mixing with real life. A book about aging and death when an aged relative has died. My last book was Ray Bradbury's "Fahrenheit 451", less than a week before Bradbury died.