This is one of the figures that came with the game "Robo Rally" (a very fun game). Apparently, they don't put in metal unpainted figures anymore, which is really too bad. This is the second figure we've done from this game (I did a yellow robot I called "Tonka Bot" - L and I each got one of him as there was a duplicate included in the game). 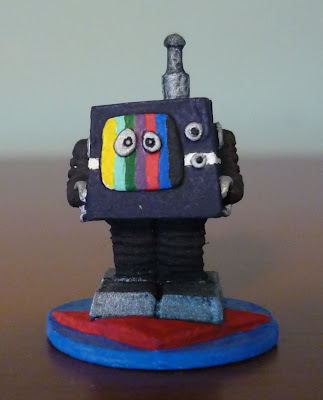 I like the test pattern on the TV screen. The rest of him is modeled after "power bot" in "Star Wars" (one of the bots in the garbage scow). 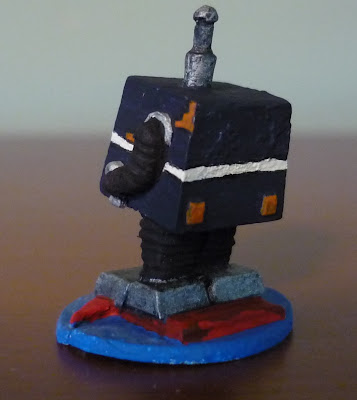 We are doing the same arrow base on all of them, for consistency.
Posted by Sheila at 2:20 PM