I painted for about 6 hours yesterday and finished two figures! I really got hung up on this Pit Fiend - he was a devil (pun intended) to do!

Larger figures are a lot more complicated than small ones. For one thing, there's a bunch of pieces involved. This is the Pit Fiend just how he came out of the box: no head, wings or tail attached. The fire ball is also a separate piece: 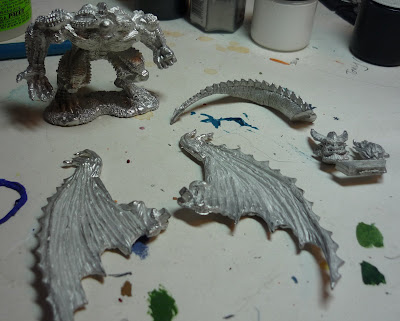 I decided to paint him assembled. With some figs, you have to paint them in sections - sometimes you can't paint an area if it's completely glued together first, but I was lucky with this guy. Here he is glued together: 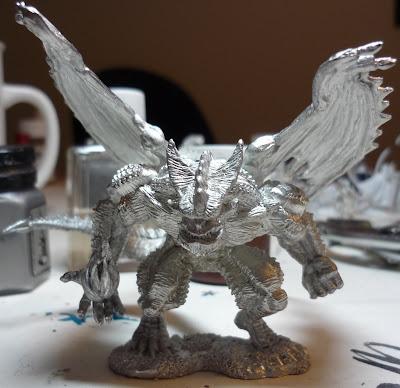 All the flash and rough casting lines have been filed down. Because of the amount of gluing, I needed to fill in the gaps with putty. We use modelling putty - it's really smelly. I push it into the crevices then smooth it out with my fingers, then sand it when it dries. Here's the back of the head, the wing joins and the tail seam: 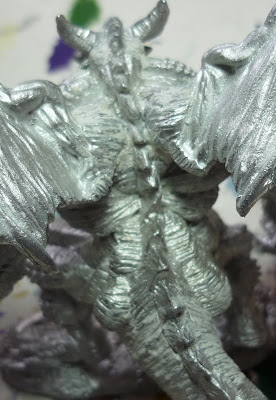 My least favourite part: primering. I always use white primer so that I can see all the details property before I start putting paint on. 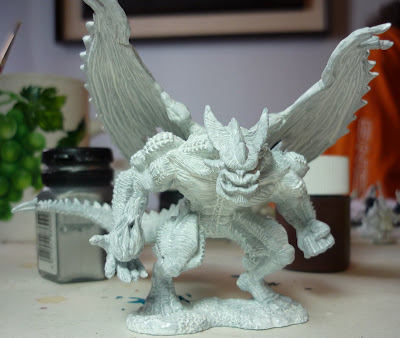 The first paint is applied! Pit Fiends are primarily red, but we already have two really red ones that L did. I started with a burgundy wash base and bright yellow for the wing membranes, teeth/eyes and fireball. 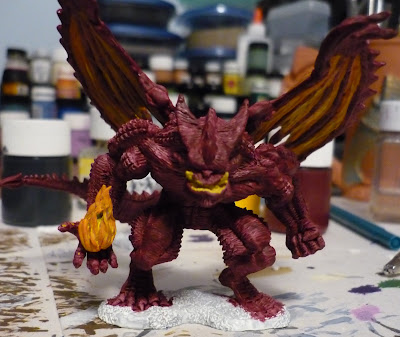 A shot of the back. There are a couple of layers of orange on over top of the yellow here. 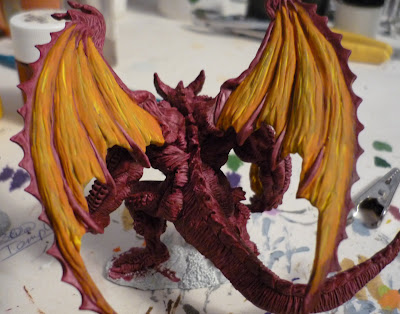 Progress: several more layers of red and orange added to the burgundy base, and more layers of successively darker orange on the wings, toning to red. 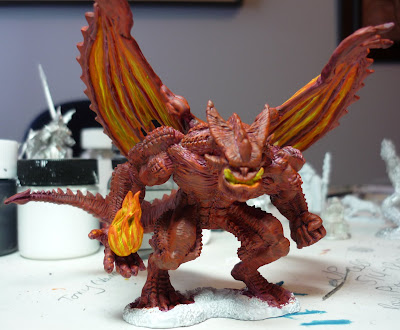 And in a long session, he's finished! Top brush coats of dark orange, ivory on the teeth and claws. The base was painted, then I glued a black hobby sand to it. 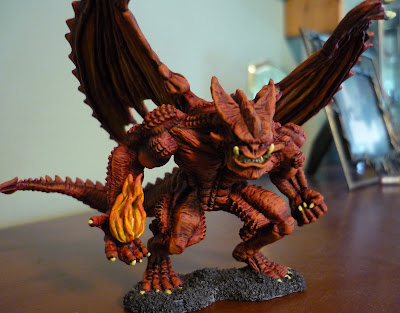 Some extra ivory was added to the creases on the wings to make them stand out more. It's also been fully black-lines to emphasize the muscles and to add definition and depth. 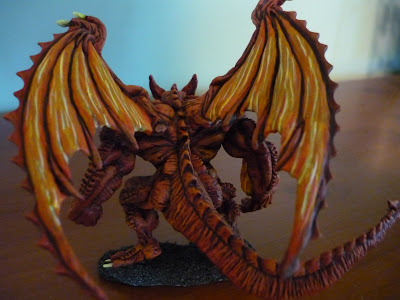 A close up of the arms and the fireball. You can also see his eyes - I gave him slit pupils. 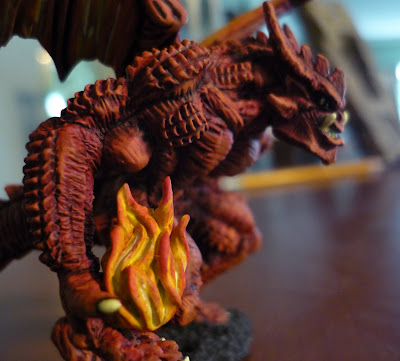 A close-up of the head. He's a nasty piece of business. 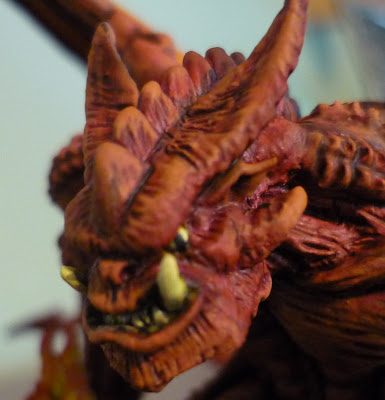