A single small figure is such a relief after that bloody Pit Fiend. This is a female evil elf (called a Drow).

I forgot to take a picture of her unprimered, but here she is with just primer and skin painted. 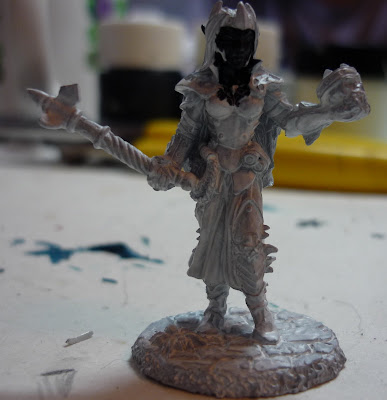 Base black colour for her hair (which will be silver) and the 3 tones of blue for her armour and clothing. 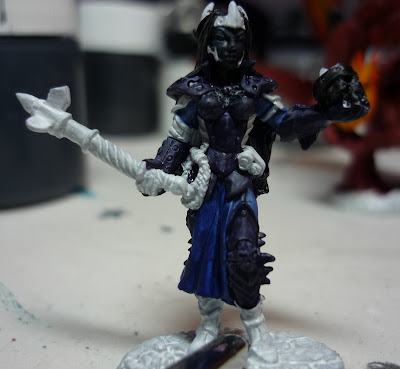 And *voila!* like magic, after 6 hours, she's done. Highlighting done on everything: skin, armour, clothing. Eyes done, and details finished (note the spider on the base). 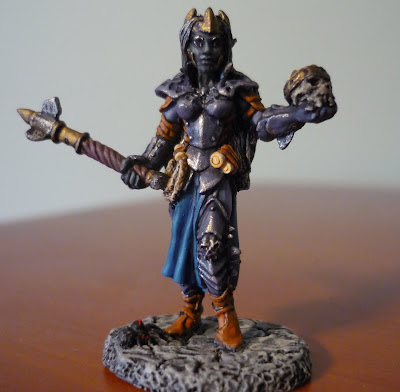 I gave her armour a bit of a sparkle - I decided it was magical. A shot of the back and her long silvery hair. 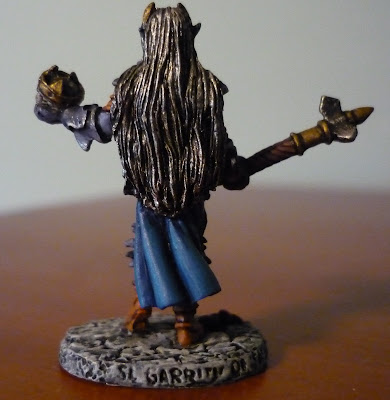 Not so practical for fighting, but it means I don't have to paint much on her back which is fine by me!

SL Garrity is the name of the person who created the original figure. She (her name is Susan, I believe) does a lot of female figures, which are my favourite.

Hope you enjoyed the new figs!
Posted by Sheila at 7:41 PM