As I'm running an informal NFL Playoffs pool at work over the next couple of weeks, I chose today to show my team colours. Go, Carolina Panthers! 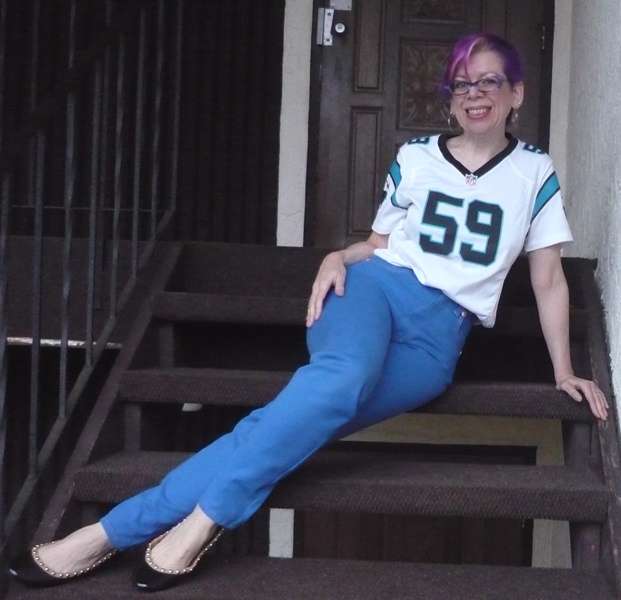 We will beat the Arizona Cardinals, and be in the Super Bowl!

Why am I a Carolina Panthers fan? I live nowhere near Carolina, and I don't know anyone from there. The closest team to me is Seattle, geographically (they are my 3rd favourite team, after L's Miami Dolphins, of course). I'm so glad you asked!

I started watching NFL football in 1995, the year I met L. The following year, two new teams entered the NFL as expansion teams (whole new teams created): the Carolina Panthers and the Jacksonville Jaguars. Well, instead of bandwagoning onto the Dolphins (so predictable), I decided that I wanted to be a fan of a team right from the start. "I'm an original fan," I could say proudly in 20 years. We had a black cat (Othello) and I didn't want to pick another Florida team, so the Panthers it was.
And here we are, 20 years later.

Second wearing of the Versace Mom jeans, and holy smokes I love them. I need to glam them up with some really high heels at some point, though. They deserve better than a jersey and flats. 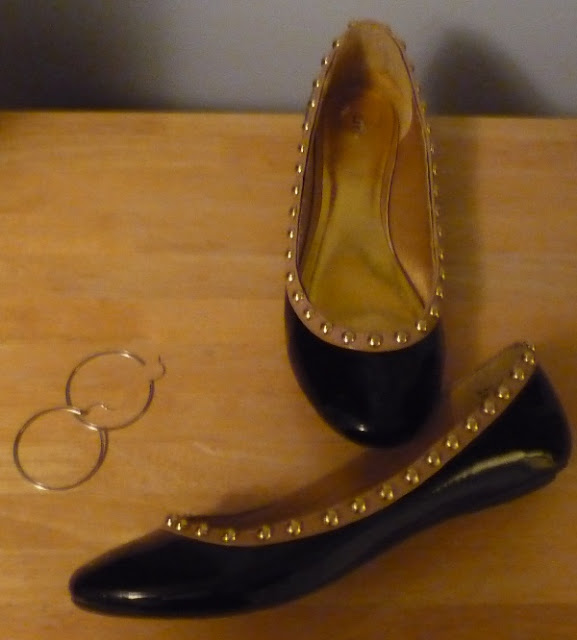 Cheap little flats. They did the job.


And now, off to start my weekend with some wine and board games with L! My social calendar is packed to the gills over the next couple of months, so I am looking forward to the downtime this weekend to recuperate. Have a good weekend!
Posted by Sheila at 7:34 PM